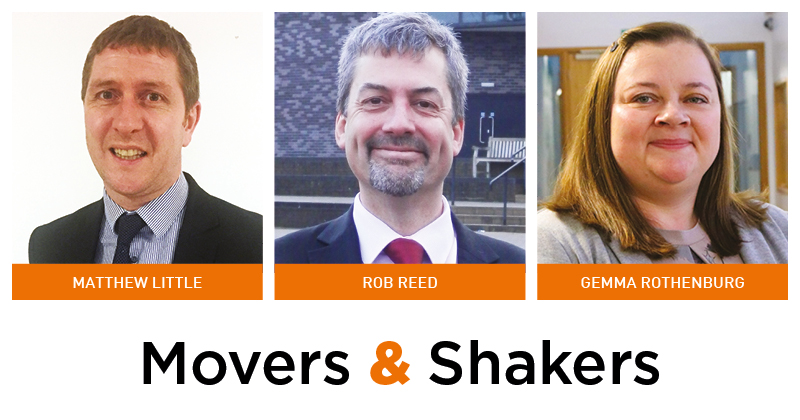 The multi-academy trust Aldridge Education has made two senior appointments in Lancashire and the south-east.

The co-educational Lancashire secondary, one of four trust schools in the Darwen area, was founded in 1894.

Little will join in June from his current position as vice-principal of South Shore academy in Blackpool, where he has played a key role in record GCSE results.

Before South Shore, he was vice-principal of Kearsley academy in Bolton and a deputy head at both George Tomlinson high school, Bolton, and Harrop Fold high school, Salford.

Little says he is “excited by the emphasis on high aspirations for students” at Darwen Vale, and is looking forward to “working with the school community and, with the support of Aldridge Education, ensuring that students at the school experience an outstanding and enjoyable education”.

Rob Reed has been appointed executive principal for Aldridge’s cluster of schools in the south east.

He will take the helm at Brighton and Portslade Aldridge Community Academies and UTC@harbourside, a university technical college in Newhaven that is co-sponsored by the University of Brighton.

He will work closely with the principals of the cluster schools, including helping them to develop joint working, share specialist resources, grow the regional cluster and strengthen relationships with the local authority, business community and other key stakeholders.

Reed was head of Hove Park, a mixed secondary school and sixth-form centre in East Sussex. Before joining Hove Park he was head of Chessington community college in south London, led the Hillsyde Federation in south London and held deputy and assistant head posts in the London borough of Tower Hamlets.

Reed says: “As a local head I have observed first-hand the superb work of the trust in Brighton and Hove. I am tremendously excited at the prospect of contributing to its impressive record of providing excellent education that gives young people the skills and qualifications they need.”

Aldridge Education was established in 2016 and has ten schools across the north west, London and the south east.

Gemma Rothenburg has been appointed interim principal at Oasis Academy Immingham, a member of the Oasis trust.

Rothenburg, who is a former student at the Lincolnshire comprehensive, has been working at the school for ten years, most recently as deputy and associate principal.

Speaking of her new role, she says: “I have been a massive part of the school’s leadership team for the past four years and I am passionate about the school and the community.”

She plans no “massive changes” under her tenure. It will largely be “business as usual”, but she intends to make it her mission “to make sure students make great progress”.