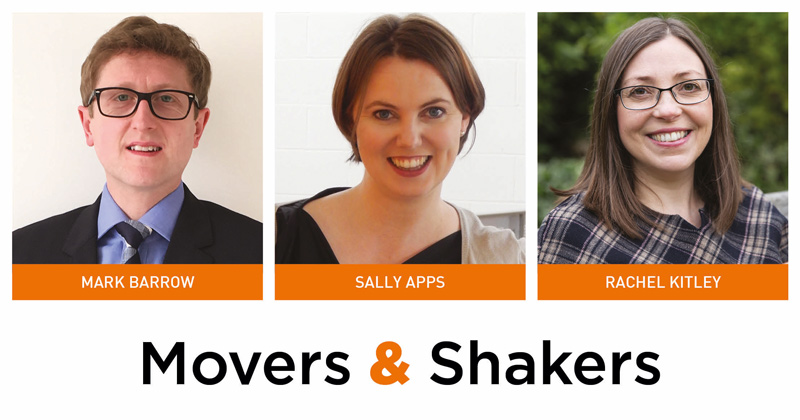 Mark Barrow has been appointed headteacher of Ixworth Free School in Suffolk.

The school, which opened in September 2014, is a member of the Seckford Foundation Free Schools Trust, established to help communities in Suffolk to set up and run free schools.

Barrow joins Ixworth from Haileybury Turnford School in Hertfordshire where he is vice-principal.

He was head of sixth form at Bishop’s Stortford High School, where he taught politics, critical thinking and French. He then became deputy head at King Edward VI Grammar School in Essex.

“I am very much looking forward to joining Ixworth to drive forward the next stage of the school and continue its growth to become a flagship for teaching and learning,” he said.

Graham Watson, director of the Seckford foundation, added: “Mark’s enthusiasm for the school and his wealth of experience were the defining elements of his application and we are truly delighted to have appointed him.”

Sally Apps is the new executive principal of the Cabot Learning Federation (CLF).

The academy trust, based in the southwest of England, has 15 primary and secondary academies with 8,000 students aged 3 to 19 on roll.

Apps was principal of Bristol Metropolitan Academy, one of the trust’s schools.

Her new role will involve overseeing a cluster of schools and leading on school improvement.

“It is an honour to lead in the CLF, and to be able to contribute in this way to the education of our 8,000 students,” she said.

“I am passionate about equity and ambition and will ensure that these qualities underpin all that I do in the coming years.”

Rachel Kitley has been announced as the new principal of Cowes Enterprise College on the Isle of Wight, a member of the Ormiston Academies Trust.

She takes up the position from her previous role as co-headteacher at Kingsbury High School in north London, and will move to the Isle of Wight with her husband and two children.

She said she was thrilled to be joining the college and the Ormiston “family”.

“It is a privilege and an honour to be appointed as principal, to build on the amazing work that John Peckham has overseen at the academy in recent years.

“I believe in the power of education to transform lives for all and I will do everything I can to enable students at Cowes to achieve excellent outcomes
at school.”

She will replace Peckham in September.

He said: “I am proud of the solid foundations that have been put in place for sustained improvement at the academy, and I look forward to watching the academy continue to go from strength to strength each year.”