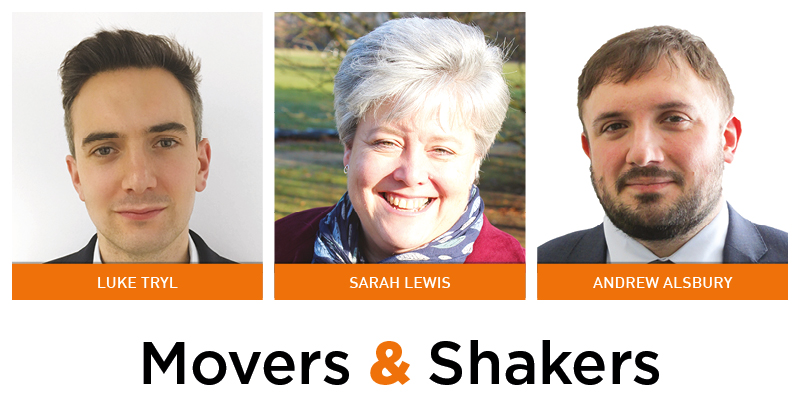 PPP is a policy advisory service and meeting place for practitioners and policymakers led by the former health secretary, Stephen Dorrell.

Tryl will oversee PPP as it expands into a policy body with a focus on public service reform, alongside developing its existing health policy subscription services.

Speaking of the challenges he will face, Tryl emphasised the importance of making sure the “domestic agenda” was spoken about in a post-Brexit Britain, as well as picking out key policies. “There is so much you can focus on, it’s deciding where to focus.”

He began as an education researcher straight out of university at Reform think tank. He was also head of education at LGBT charity Stonewall, a role he says was “genuinely one of the most rewarding things I’ve ever done”.

Sarah Lewis, the headteacher of St Mary’s C of E junior school in Oxted, Surrey, has been appointed a national leader of education.

The DfE-funded scheme encourages leaders from successful schools to share their expertise.

Lewis, who is head across St Mary’s and the neighbouring infant school, Downs Way, has seen both schools improve under her leadership, achieving outstanding and good Ofsted ratings respectively in recent inspections.

In her role as a national leader, she will offer guidance to schools that request extra support. “I have a lot of good senior and middle leaders in my school who are eager to have some more experience outside their own school. It’s going to be a really nice opportunity for them.”

She says the biggest challenge will be balancing the responsibilities of headship alongside helping others. “You can’t do so much that your own school suffers, so we’ll take it steadily to begin with.”

The new Chartered College of Teaching has appointed Andrew Alsbury as its chief operating officer.

Launching early next year, the college is an independent chartered professional body for teachers.

Alsbury joins from Willmott Dixon, the UK’s largest builder of schools, where he has been the company’s education sector director for nine months.

Before joining Willmott Dixon, he was a senior leader in the Education Funding Agency where he was responsible for the maintenance of more than 20,000 schools in England.

He spent nearly 10 years working in central government focused on education capital. Before that he worked at Hackney and Greenwich councils in London.

Speaking of his new role, Alsbury said, “The college will be centre-stage in the development of a world-class professional development route for England’s teachers. The new knowledge and research platform will be a central portal and a genuinely independent space for teachers to share the latest in research and best practice.”