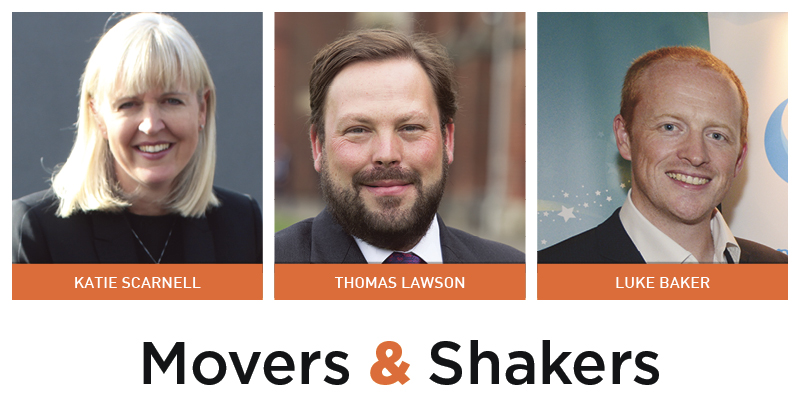 Katie Scarnell has been appointed principal of Greensward academy in Essex, part of the Academies Enterprise Trust.

She takes over from Debbie Stokes, who retires after 32 years at the 11 to 18 school.

Scarnell plans to “tweak and sharpen up on processes” within the academy, and has already begun implementing strict uniform and good behaviour policies.

She says she intends to maintain a high profile to keep in contact with all stakeholders, and to ensure that everyone feels a sense of ownership.

“I want to take my time and do things in a proper, systematic way. There will be changes, but they will be at the right time and in the right way.”

Despite her strict policies, Scarnell says she is keen for students to know that their views and opinions matter and so will spend break times in the playground talking to pupils, and discussing “what’s going on in their world”.

“The students here are great,” she says. “I told them on day one I wanted their opinions on the school, on what they like and don’t like, and what they would like to see improved.”

Thomas Lawson has been appointed headmaster of Eastbourne College, a co-educational independent school for 13 to 18-year-olds that has appeared in magazine Tatler’s list of top public schools.

Lawson joins from Christ’s Hospital in Sussex, where he has been deputy head since 2013.

He graduated from the University of Oxford in 1997 where he read philosophy, politics and economics.

He says that he plans to continue to “provide a broad and distinct education to pupils while maintaining Eastbourne’s ethos and its commitment to serve the wider community”.

He began his career as an economics and humanities teacher at Winchester College, a role he held for 15 years. He was also a housemaster and under master at the college.

The academy is part of the Academy Transformation Trust, which has 22 schools across the Midlands, east, and south east of England.

The former vice-principal at the academy, Baker replaces Matt Allman, who is stepping down from because of family commitments.

“Our results have significantly improved over the past two years, and with a continued drive for success and the development of strong relationships across the academy, we aim to make even more progress towards our goal,” Baker says.