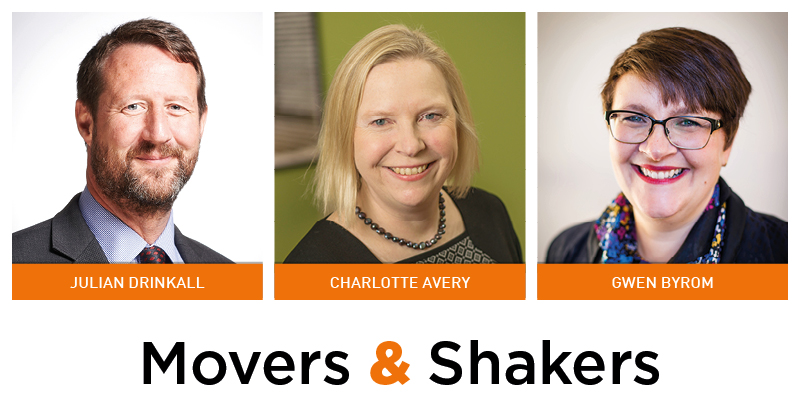 He graduated in philosophy, politics and economics from the University of Oxford, has an MBA from Harvard and a masters in public administration from Harvard’s JFK School of Government, where he holds a Littauer fellowship.

Speaking of the appointment, he said: “I am very pleased to be joining the Academies Enterprise Trust, which is doing such important work, and I share its commitment to achieving the highest standards in education.”

He will take over in the spring term, replacing Ian Comfort.

The Girls’ Schools Association (GSA), which represents the heads of all-girls’ independent day and boarding schools, has made two new presidential appointments.

She will act as the association’s official spokesperson, representing the views of its members to external agencies and the media, both nationally and internationally, as well as promoting the benefits of single-sex education.

She is a past member of the Ministry of Defence’s research ethics committee and a governor of a maintained Church of England primary school, and is currently a governor at an inter-church 11 to 16 academy.

She also represents the independent sector on the council of the Association of School and College Leaders.

Commenting on the role, she said “I am looking forward to being part of the national educational debate and flying the flag for girls’ schools nationally.”

Gwen Byrom, headmistress of Loughborough high school, an independent day school for girls aged 11 to 18, has been appointed the association’s 2018 president.

She has worked in all-girls’ schools for more than a decade, becoming head of Loughborough in 2011.

“I look forward to sharing good practice, and working closely with institutions and leaders across all sectors of education, as well as promoting all that GSA schools have to offer,” she said after her appointment was announced. “This is a very exciting post to be invited to hold.”