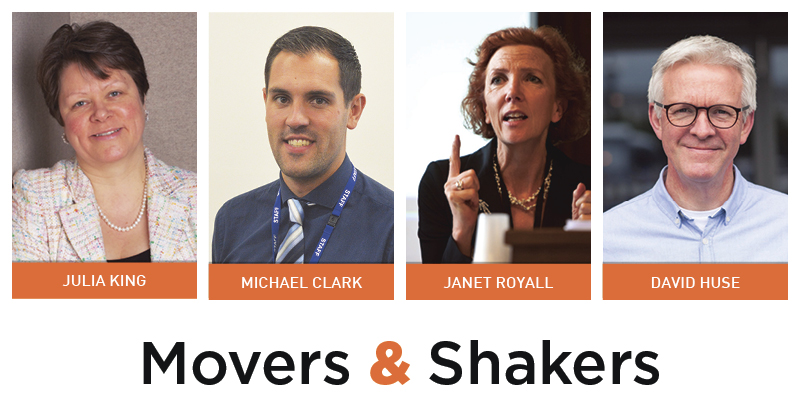 Julia King, Baroness Brown of Cambridge, has been appointed chair of STEM Learning.

The company aims to improve and enhance the knowledge of teachers, technicians and support staff about teaching science, technology, engineering and maths, and improve how it is taught.

King has extensive experience across STEM education and industry, and spent 18 years as a fellow of the Royal Academy of Engineering.

She has been a lecturer of material science at the University of Cambridge, a member of senior management at Rolls-Royce and was principal at the faculty of engineering at Imperial College London.

In 2004, she joined the Technology Strategy Board, which supported the development of innovative technologies and products, before becoming
vice-chancellor of Aston University. She became a crossbench peer in 2015.

Speaking of her appointment, she said: “Inspiring the next generation of young people to study, and go on to exciting careers in STEM, is essential for the economy of the UK, and is something I am passionate about.”

Michael Clark is the new headteacher of Roydon primary in Essex.

The school dates back to 1876, becoming part of the Burnt Mill academy trust in December 2013. Clark joins from Park primary in east London, where he was assistant head.

His priorities for the school include establishing relationships with the Roydon community, as well as asking pupils what they want for their school.

He is also keen to reinstate non-uniform days and implement an enriched curriculum.

“As soon as I came to visit Roydon, I fell in love with the school. It is the complete opposite of what I’m used to. I’ve come from a buzzy, ethnically diverse, inner city school to here, where we have a pond, a field, three football pitches and a woodland area.

“It is something that excited me and looked like a challenge.”

The youth social action charity, City Year UK, has made two new appointments to its board of trustees.

Janet Royall Baroness Royall of Blaison, and David Huse join the board as the charity plans an expansion across the UK.

City Year UK recruits young volunteers between 18-25 and trains them to be mentors, tutors and role models for pupils growing up in disadvantaged communities.

Royall said: “My passion for education, social inclusion and social mobility means that I have long admired the work of City Year UK. It is a real pleasure and a privilege to join the board and to be part of an organisation that is making a real difference to the lives of young people in disadvantaged communities.”

Huse said of his new role: “Mentoring young people to achieve their full potential is highly rewarding, and it is an honour to be part of this growing organisation that aims to tackle social mobility and open new opportunities for children in disadvantaged areas.”