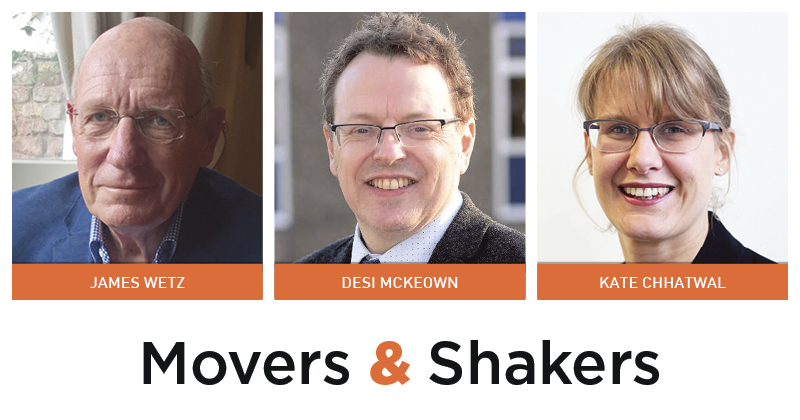 James Wetz has been appointed as an ambassador and educational consultant to the board at Bristol Steiner school.

His appointment follows his review of the school’s governance, management and administration.

He will take up the role alongside his position as non-executive director of Learning Partnership West, a not-for-profit organisation that sets up small schools for young people who are excluded from school.

At Bristol Steiner he will be responsible for helping the school to reposition itself to “appeal to a wider public”.

“The Steiner movement hasn’t really trumpeted and voiced its strengths to the wider community, so that’s part of what I’m being encouraged to do.

“People need to understand it’s a school that seeks to know its children and know them well.”

Wetz has worked in state education for more than 30 years, and is known for his Channel 4 Dispatches programme, The Children Left Behind, which he wrote and presented. Wetz also wrote Urban Village Schools: Putting Relationships at the Heart of Secondary School, a book that explores the impact of large schools on children.

Desi McKeown has been appointed permanent headteacher of the Deanes school in Essex, following a stint as interim head.

He joined the school in 2004 as a maths teacher, working his way up to head of maths, assistant head and acting head, before his permanent appointment.

McKeown played a key role when the school faced closure in 2013, preparing reports and evidence for its viability, such as budgets, projections for pupil numbers, and exam results.

“I see myself as in a position where I can actually start to change the perception of the school externally, but also internally.”

He remains “adamant” that he will maintain its community feel. “We want to give parents a real alternative to the bigger schools in the area. We can provide an education just as well, but do it in a much more personalised way.

“We’ve only got 600 pupils so we can know every single member of our student population.”

Kate Chhatwal has been appointed director of the Southwark Teaching School Alliance (STSA), which brings together a broad group of schools and other educational institutions in the London borough to improve the experience of pupils and teachers through teacher training and development.

She will continue as co-founder of the Leading Women’s Alliance, which works to encourage and empower more women to take up headships and executive leadership positions.

For the past three years, Chhatwal has worked as chief programme officer at The Future Leaders Trust, where she oversaw the design and delivery of senior leadership development programmes. She worked at the Department of Education for more than ten years before joining the trust.

Speaking of her new role, she said: “I am looking forward to working with and drawing on the unique strengths and varied expertise of schools and partners across the borough.

“I also want to ensure that the evidence and expertise we develop is shared with schools across the country, at the same time ensuring we have access to the very best practice from elsewhere.”