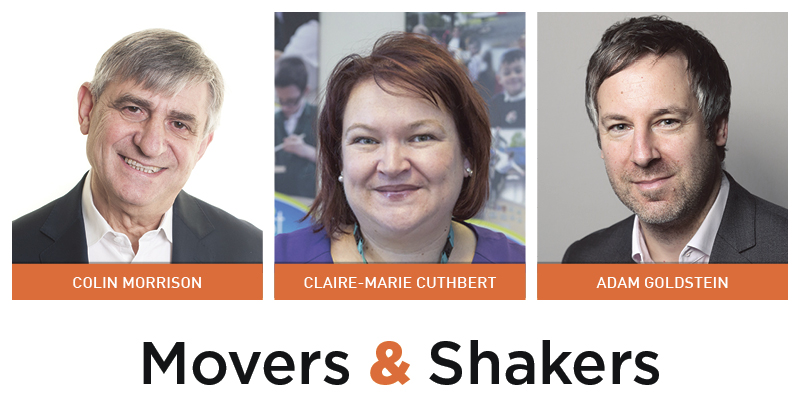 Colin Morrison has been appointed chair of the new Boarding Schools Partnership.

Set up by Lord Nash and sponsored by the Department for Education, the partnership launches early next year as an information service, helping local authorities collaborate with charities to place vulnerable or disadvantaged children in state and independent boarding schools.

Morrison’s voluntary role is a move from his 15-year chairmanship of the Royal National Children’s Foundation (RNCF).

He has held executive roles at a number of high profile publishing companies, including British Business Press, the UK Professional Publishers Association and Axel Springer.

In his new role he will be responsible for driving the project and ensuring local authorities get the information they need to make the best assessment for disadvantaged learners.

Morrison said: “Boarding school really can help to transform the lives of disadvantaged young people. We’re hoping this really creates some momentum to get back to a situation where boarding schools can be considered for more vulnerable children than they currently are.”

Claire-Marie Cuthbert is the new chief executive of Evolve, a multi-academy trust based in Mansfield, north Nottinghamshire.

She plans to focus primarily on overseeing the trust’s strategic direction and ensuring that the children within it reach their full potential.

“I am really privileged to be appointed as CEO of Evolve. There’s a significant amount of work that needs to be undertaken, so it’s challenging. I’m having to do a restructure here at trust level, and I’m also reconstituting the board.

“It’s how we learn from those challenges, and how we capitalise on our areas for development. It’s a very exciting time for me, personally and professionally, but also for The Evolve trust.”

Cuthbert says she has been driven by the idea that children’s life chances “shouldn’t be predetermined by what postcode they live in”, and draws from her own experiences in education.

Adam Goldstein has been appointed as executive director of operations at Reach4 academy trust.

Reach4 is made up of 14 schools and is the sister trust of Reach2, the largest primary-only academy trust in the country.

The new role will involve all aspects of the non-educational side in Reach4 schools, including dealing with HR and governors at both trustee board level and regional level.

Goldstein was a management consultant at professional services provider PricewaterhouseCoopers for almost eight years and worked on Every
Child Matters for the Department for Education. He is also an independent director for special school multi-academy trust, Macintyre academies.

Speaking of his new role, he said: “A smooth functioning operational side is a core part of helping improve things educationally, so I’m just looking forward to playing my part in helping Reach4 achieve things for its schools.”