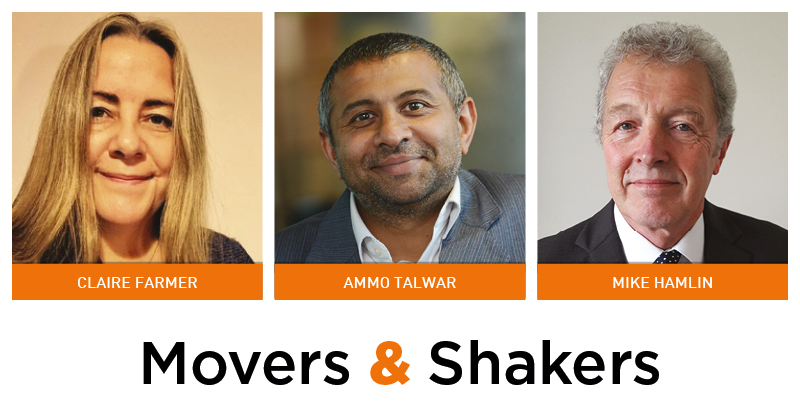 She takes over the independent special school from Janet Felkin, who has been interim head since April.

Farmer taught English in London and Kent before joining the Future Leaders programme in 2011.

“I loved everything about Northease Manor as soon as I arrived,” she says. “Every child has something they can be accomplished at, no matter how hard they may struggle, and what inspires me every day is having the chance to find that something and help bring it to the fore.

“I recognised the same passion among the staff at Northease Manor, which is why I’m so excited to be joining them.”

Julie Toben, the school’s chair of governors, says: “Northease Manor is well set to deliver for our children, now and in the future.”

Ammo Talwar has been appointed chair of the CORE education trust.

Its two schools in Birmingham, Rockwood academy and Nansen primary school, were both rated good in recent Ofsted inspections.

Talwar, who was awarded an MBE for his services to music and young people, has worked as a founding board member at the trust since its incorporation in March 2015.

He becomes the trust chair alongside his roles as a governor of performing arts school Birmingham Ormiston academy, and chair at contemporary music touring network Black Routes.

Talwar is also the founder of music development agency Punch.

At CORE he plans to develop teaching of the performing arts. “Music and the arts should be an integral part of a school curriculum . . . I’ve seen first-hand how they have the power to transform the lives of young people.

“We have big plans for the future and there is a great deal of work to be done to continue to achieve our goal of creating schools that offer students the best opportunities available to them – no matter their background.”

Mike Hamlin has been appointed chair of the Greenwood academies trust (GAT) board.

The trust has 31 academies in the East Midlands, educating 16,000 pupils across eight local authority areas that include Nottinghamshire, Leicester City, Peterborough, Lincolnshire and Central Bedfordshire.

Hamlin, a teacher for more than 40 years, taught at the Greenwood Dale school in Nottingham for 30 years until his retirement this summer.

“I now find myself with the time, the enthusiasm and the energy to, hopefully, make a success of this new role,” he said.

“I intend to do everything I can as chair to ensure that the trust’s family of schools continues to thrive and to enrich the futures of so many young people right across the East Midlands.”

He plans to use the “accumulating strengths” of the school communities to help to overcome the “major challenges” currently facing education. “I am sure that we can face this future with confidence as we seek relentlessly to improve the life chances of all those we are responsible for.”