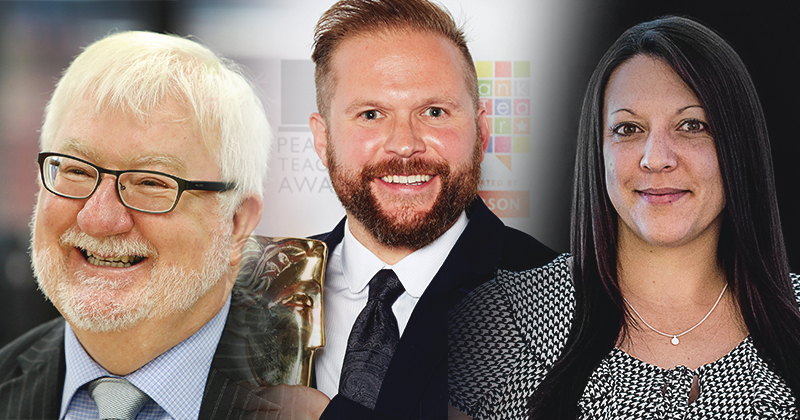 Your weekly guide to who’s new, and who’s leaving.

Chris Tweedale is to become the chief executive of Aldridge Education, which is a national multi-academy trust.

Tweedale was previously at CfBT Schools Trust, where he was chief executive for three and a half years.

In his new role he will be working alongside Sir Rod Aldridge, who set up the foundation in 2006.

Tweedale said he was “excited” to take on the challenges that will come with setting up a multi-academy trust on “such a large scale”, and looked forward to working collaboratively with “great headteachers” and the governing bodies of Aldridge Education schools.

Tweedale began his career as a geography teacher before working his way up to becoming a headteacher.

During his time as a head, he began working on national government policies including workforce and school improvement at the Department for Education between 2002 and 2007.

He then became a civil servant in Westminster and worked on 14-19 education and school improvement, before becoming a schools director in the Welsh government. Tweedale then took up his role at the CfBT in 2012

Benedick Ashmore-Short is to become director of primary education at the brand-new academy trust Reach4.

The winner of Pearson’s Primary Headteacher of the Year award in 2014, Ashmore-Short joins Reach4 from Hamford Primary Academy in Essex, before which he was the primary lead for the Tendring Teaching School Alliance. He has a track record of improvement with schools in special measures, both primary and secondary, and speaks and writes regularly about leadership in education.

Ashmore-Short read economics at the University of Canterbury before working in finance for two years, but decided against pursuing a career in the financial sector – quickly enrolling onto a teacher-training course, completing his PGCE at Southampton University.

He said: “The reason I wanted to get involved is to provide excellent education across the country, so that some of the schools in our area can provide children with the education they deserve.

“The difference for me in this role from being an actual head is that I’ll be dealing with lots of different schools, and the key thing I am going to do is spend as much time with the children as I am with adults.”

Liann Read has been appointed as multi-academy trust relationship manager at YPO, a new role within the education procurement organisation.

She joins from tech giant Dyson, where she worked for a year as a business development manager. Before this she worked at office and workplace supplier Lyreco in corporate new business, a role she held for three years.

Read’s background in customer service and procurement is something that will serve her well in the role, which will focus on building relationships with multi-academy trusts and assessing their needs on a national scale.

She says she is most looking forward to “meeting with procurement managers from MATs” and providing excellent customer service.

Speaking of her new role, she says: “The highlight for me is that the role is brand new and it’s something that no other companies have at the moment.

“Meeting customers is what I enjoy, as well as being able to meet their requirements. YPO are really customer focused, and that’s something I really like about them.”