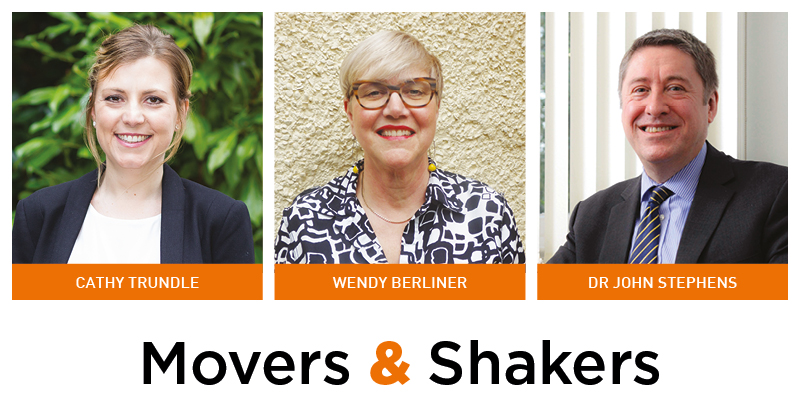 Cathy Trundle has been appointed headteacher of Chinthurst school in Surrey.

The school, a co-educational day school for pupils aged 2 to 11, has recently entered into a partnership with two local schools: Reigate St Mary’s preparatory and choir school, and Reigate grammar school.

Trundle, who was deputy head at Reigate St Mary’s, takes over from Tim Button and will oversee Chinthurst as it enters its new partnership, which she says is “a tremendous opportunity” for the three schools.

“I want to pay tribute to the leadership that Mr Button has provided to the school. It is clear that Chinthurst is a happy, caring school as soon as you walk through the door, and I’m looking forward to getting to know staff and parents as I settle into my new role.”

Wendy Berliner has been appointed joint-chief executive of the Education Media Centre.

The EMC is an independent UK charity that provides expert quotes for the media in breaking education news stories, as well as improving the public’s understanding of education research.

Berliner was head of editorial at Guardian Professional Networks, where she oversaw an online community of nearly one million members.

She will share responsibilities in her new role with fellow chief executive Fran Abrams.

She says she will be “primarily looking for ways to grow us, develop our expertise further, to develop the financial side of the operation and to look to forge alliances with like-minded organisations”.

She also hopes to raise awareness of education research. “When you think of the environment, science, health and politics, education underpins everything. Not enough of the magnificent research that goes on in our universities is known about.”

Dr John Stephens has been appointed chief executive of Bright Futures Education Trust (BFET), which has eight schools across the north west of England.

Stephens joins the trust, which was set up in 2011, from the Department for Education where he was responsible for leading on teaching schools and system leaders in the National College for Teaching and Leadership.

He serves on the regional safeguarding team at St John Ambulance and is chair of trustees at the East Manchester Community Boat Project – a charity that provides free day drips for disabled people and those at socio-economic disadvantage. He was awarded a CBE in 2016 in recognition of his services to education and charity.

He says that he is “delighted to join BFET as it moves into a new era. The trust has built a good network of schools that are already working together to share learning and to bring about improvements.

“We face some important challenges but remain committed to working constructively to provide the very best for the children, young people, families and communities that we serve.”