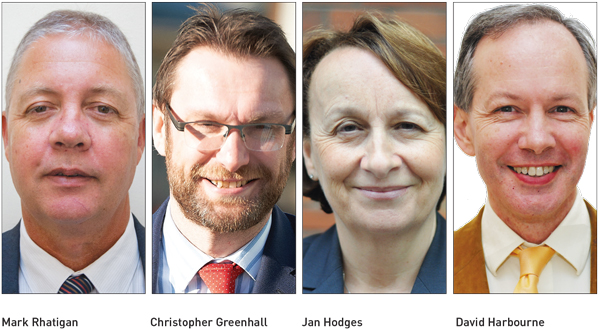 Mark Rhatigan, the new headteacher of Kingsbury School and Sports College in Birmingham, plans to “go back to basics” to push the school forward.

He replaces Catherine O’Driscoll, who left following a series of critical Ofsted reports placed the school in special measures.

“The school will focus on a structure that ensures respect and courteous behaviour at all times in a calm yet stimulating environment,” Mr Rhatigan says.

“We’ve introduced a strategy as part of that ethos called ‘first time every time’ where we start and finish lessons in a respectable manner. We have the students coming in with a can-do attitude, entering in silence, with a boy/girl seating plan among other things.”

The 52-year-old moved to England from his native Australia in 1998 and has spent the past four-and-a-half years as headteacher at The Coleshill School in Warwickshire.

Kingsbury is also hoping to become part of the Fairfax multi-academy trust.

Christopher Greenhall has been confirmed as the new head of Ark Swift Primary Academy in west London. He has led the school as an interim head since November last year.

He says: “A key driver for us will be developing a curriculum that ensures children are confident in the core areas of literacy and numeracy but also allows them to develop skills in digital literacy and oracy.

“Over the next 12 months, we want Swift to be a leader in the use of mobile technology to enhance learning.”

Jan Hodges ends a 35-year career in education next month when she retires as chief executive of the Edge Foundation.

Starting as a secondary teacher before moving into FE, Ms Hodges, OBE, lists the Edge’s support of institutions such as university technical colleges and the Edge Hotel School among her achievements.

“It has been a pleasure and privilege to lead Edge over the past four years, working to raise the status of technical, practical and vocational learning.”

David Harbourne, Edge’s director of policy and research, will replace her as acting chief executive until a permanent appointment is made.