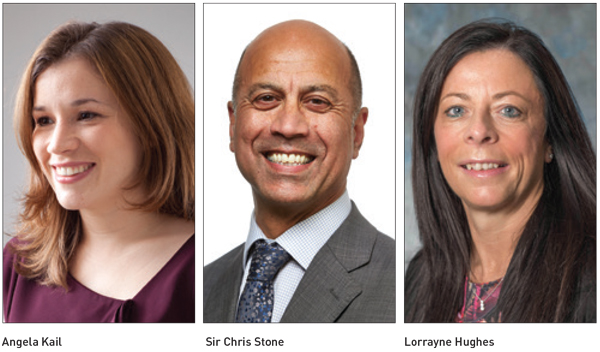 Harris Federation has made a number of changes to its board of directors, including the appointment of a charities expert.

Ms Kail, who has worked for more than a decade in the charity sector, says she is “very interested in education as an issue and as a way of tackling quite a lot of social injustices and ills”.

She wants to provide strategic oversight for the federation, particularly with regard to expansion. “One thing that we focus on in the charity sector is scale, how do you get scale without overreaching?”

Commenting on the changes, a spokesperson for the trust said: “We like our board to be representative of our academies and it has largely been comprised of the chairs of our governing bodies.

“With the federation’s recent growth and the decision of a small number of long-serving and effective governing body chairs to pursue other professional roles, we have taken the opportunity to reorganise . . . to represent both our primary and secondary academies and reflect our geographic spread.”

The former chief executive is to become senior vice-president for GEMS Education, an education foundation with schools around the world and a head office in Dubai.

Sir Chris, who joined ATLP in 2009, says the chance to live abroad and immerse himself in a different culture and to be “a learner again” is too exciting to miss.

Influenced by Nelson Mandela, who he met at a conference in Birmingham in 1993, Sir Chris will use the role to support his ambition of creating learning opportunities for disadvantaged children in other countries.

During his time with ATLP and as headteacher of the Arthur Terry School, his proudest achievement includes being in the first cohort of teaching schools.

Lorrayne Hughes is the first chief executive of the William Howard Trust (WHT), a new multi-academy trust based in Cumbria.

Formerly a teacher and head at William Howard for nearly 30 years, Ms Hughes — who describes herself as a “fanatic” about inclusion — says she will maintain a “grassroots approach” in her new role.

The trust’s aim is to “deliver year-on-year improvements and create an environment in which all students have a thirst and love for knowledge.

“Only through having productive working relationships where we share knowledge and pool expertise, will we achieve the highest standards of teaching and become outstanding throughout all our academies.”